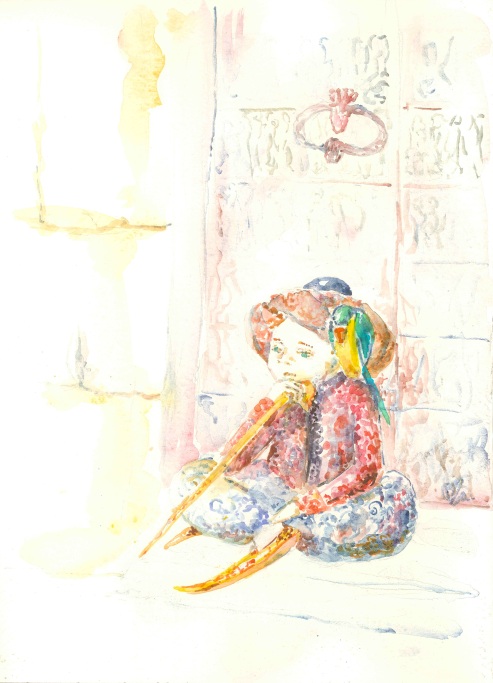 Gayly he wandered, the whole day, for he had set out to seek his fortune: if he saw upon the ground a potsherd shining in the sunlight, he took care to pick it up, in the belief that he could change it into a diamond of the first water; if he saw in the distance the cupola of a Mosque sparkling like fire, or the sea glittering like a mirror, he would hasten up, fully persuaded that he had arrived at fairy-land. But ah! these phantoms vanished as he approached, and too soon fatigue, and his stomach gnawed by hunger, convinced him that he was still in the land of mortals.